Risking your life and your car to make you feel like an extreme racing professional is not necessary. You can also just look at the list of the best games of the race and choose the project suitable for you.

NFS is a series that consists of more than ten parts, each of which includes dozens of cars, racetracks, story and side missions. Interestingly: in addition to speed competitions, you can use an interesting plot with intrigues and drama that can compete with cinematic ones. Underground 1 and 2, as well as Most Wanted, are the most popular parts of this video game. The franchise is still replenished with new games.

This racing simulator is one of the best racing games of all time because it’s realistic. The game has good graphics, as well as a lot of cars and tuning for them. Tuning has both visual and technical. This game supports resolution up to 12K. You can also run the game on three monitors and even with a virtual reality device. This allows Project CARS 2 to put you in the process.

That’s one of the great arcade-type racing games that will allow you to drive on several routes in Great Britain. You can choose stories from rich content, such as dozens of cars and quests of various difficulty levels, that you will spend at least 60 hours of playthrough. The dynamic weather system that will make you adjust to weather conditions is one of the advantages of the gameplay of this project.

Unlike many of the best car games, DiRT Rally 2.0 will make you cross the road in special cars for Rally. You’ll be working hard to keep your car on track. You can use the steering wheel and pedals for the computer or console to make your immersion in the game deeper. In that case, you’ll get maximum realism from this game.

Our list of best racing games cannot be complete without several other unique game projects such as:

You can download the games listed in our list, but you should also remember that repeating the actions of such games in real life is dangerous for you. 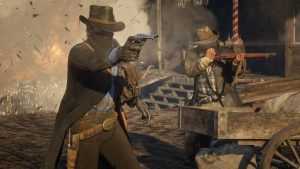 Next post Animefrenzy program for anime fans of games and movies